PLAY THE EPISODE 5 OF THE SECOND SEASON OF L'ATELIER BALMAIN

Commissioned by Pierre Balmain and built by the visionary Italian architect Leonardo Ricci, Villa Balmain was constructed on the Italian isle of Elba between 1958 and 1960 and passionately preserved for decades. Today, it continues to offer a remarkable perspective on Pierre Balmain’s unique personal taste, as well as a deeper understanding of the origins of the celebrated audacity that has long set apart the designer’s eponymous French fashion house.

Pierre Balmain envisioned Villa Balmain as a haven of peace, far away from the frenzy of his Parisian professional life. He dreamt of a hidden, lush island escape, where he could refresh, relax and think about his next collections. The Villa’s radical elliptical architecture, constructed from both local granite and reinforced concrete, has been compared to a spaceship, a boat set for sail, and “a dragon-fly perched on the mountain-side.” Balmain himself summed it up as a “Hollywood-style” creation. Ricci’s structure capitalizes on the dynamism and fluidity of curving lines, while making very clear why the architect was recognized as a master in integrating his creations into the surrounding landscape.

Described as “the couturier who draws gardens,” Balmain viewed a garden as “a perpetual creation.” At Villa Balmain, he enjoyed designing the beautiful grounds, with a one-of-a-kind meandering pathway reflecting the designer’s fascination with Asian cultures and creations. The Villa’s striking oval swimming-pool, inspired by Sicily’s Arethusa Fountain, is encircled by a floating garden of exotic plants, including papyrus, lotus and waterlilies. Popping up inside this green oasis are Sicilian ceramics, as well as distinctive wooden Thai sculptures that Balmain selected with the assistance of one of his house’s most loyal customers, Queen Sirikit of Thailand.

Since the late ‘40s, the bee, often set inside a circle, was a favorite symbol for Pierre Balmain’s jewelry designs—and the designer also incorporated that same image for his own distinctive ex-libris mark. In addition, many of his couture designs incorporated the precise and eye-catching hexagonal pattern of the honeycomb. And, after 1960, once he had finished his new retreat on the isle of Elba, bees began to assume even more importance in the life of Pierre Balmain. More than 150 years earlier, during his short, forced exile on the island, Napoleon Bonaparte had translated his own fascination with the symbol of the bee into an original and bold official symbol for the island principality that he ruled over: a white background crossed by a single red band decorated with three golden bees. That fascinating pattern remains a familiar emblem of the island today, decorating flags, coats of arms and public spaces—and it’s certain that Pierre Balmain spotted those symbols often during his Elba stays. 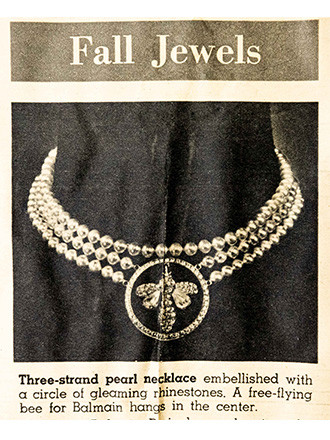 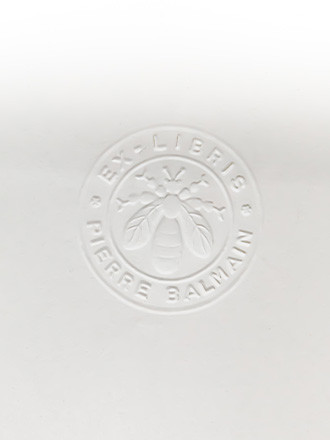 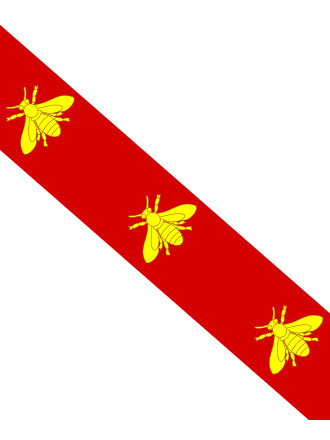 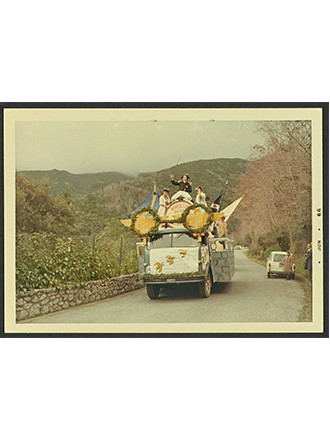 Precious stones, due to their dazzling shapes, brilliance and tones, have always provided inspiration for Parisian couture designers—including Pierre Balmain. His love for rich and sparkling stones can be witnessed in the many gemstone names that he selected for his evening designs, including offerings entitled Sapphire, Ruby, Emerald, Onyx, Black Diamond and Ocean Pearl. Additionally, gemstones have a particularly strong connection to Elba—the island is known for possessing an extraordinary richness in quartz, hematite, tourmaline, pyrite, azurite and malachite.

Leonardo Ricci’s masterful blending together of Villa Balmain’s exterior and the interior spaces clearly inspired Cuban artist Alexandre Arrechea for his Miami Art Week installation. For “Hexagon Garden,” a site-specific virtual and physical commission shown at Superblue Miami, Arrechea has transported Villa Balmain to the Web3 universe, relying on LITO’s proprietary technology to create a large-scale, immersive environment enveloping Ricci’s construction. After slipping on their headsets, metaverse visitors will first spy an enormous golden ring floating around Arrechea’s reimagination of Ricci’s one-of-a-kind structure—and, as they approach, the ring reveals the precise geometric pattern of a honeycomb.

Arrechea allows his digital honeycomb to make very clear the connection between the luxuriant gardens and sleek interior spaces of Balmain’s island retreat. Pierre Balmain grew a multitude of exotic plants and flowers on his grounds—flora that he had gathered during his many travels to all corners of the world. The honeycomb that Arrechea has crafted is pollenated by the bees working in Villa Balmain’s fruitful garden. Constantly buzzing between the vegetation, the golden ring and the Villa’s interior, Arrechea’s bees work to transport an entirely new type of pollen—an array of precious stones—depositing the gems inside the Villa’s new honeycombs, creating impressive patterns that echo the distinctive lines and curves of Villa Balmain’s silhouette and which eventually coalesce into a series of jeweled masks.

Masks have been a recurring theme in Arrechea's recent work. He often turns to them to construct urban visages that reflect both the Caribbean’s original aboriginal culture and its strong African heritage. For this project, Arrechea's metaverse masks are completed by the surprising “pollen” carried by the bees—pollen transformed into emeralds, pearls and onyx—for these are powerful gems that possess their own distinct spirituality, while also holding a strong significance for Balmain’s luxury heritage.

Alexandre Arrechea: “The idea of these precious masks builds directly upon previous work that I created in Cuba. In Havana, I was constantly taking photos of the city’s different corners—aged façades that were exposed to bright light or set deep in the shadows. After I built up a vast collection of photos, I began to combine portions of the different photos to compose my masks. That process of creating entirely new images from a series of unconnected city details reflected a concept that has always fascinated me—that of generating completely new meanings via the assemblage of many different fragments. So, for this project, I’ve returned to that original inspiration, selecting an array of Villa Balmain architectural pieces and tying them to the many journeys of the garden’s bees—and those bees eventually assemble this entirely new bejeweled image from that series of fragmented perspectives of the Villa Balmain.”

Leonardo Ricci (Rome, June 8, 1918 - Venice, September 29, 1994) was one of the major forces of the modern "Florentine school.” He was a pupil and later collaborator of the great Italian architect, urban planner and designer Giovanni Michelucci, a colleague of the architect and painter Leonardo Savioli, a friend of Albert Camus (with whom he shared a theoretical approach derived from Existentialism), a painter attracted to Picasso and Pollock, Dean at the University of Florence, visiting professor at M.I.T. and other American Universities and, of course, an exceptional architect. 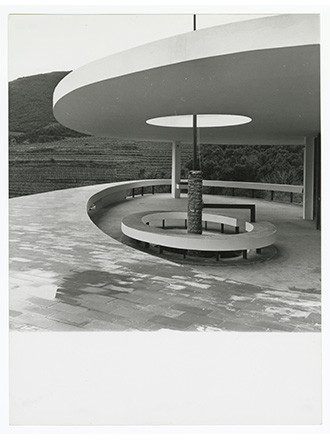 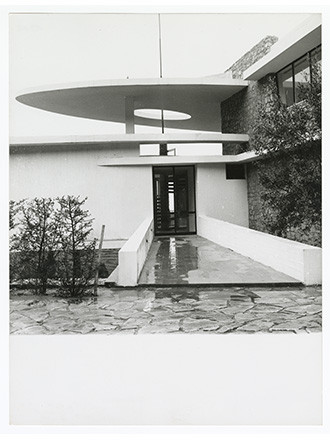 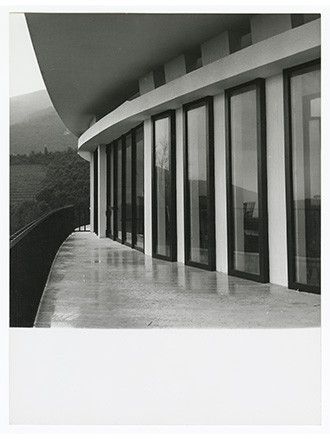 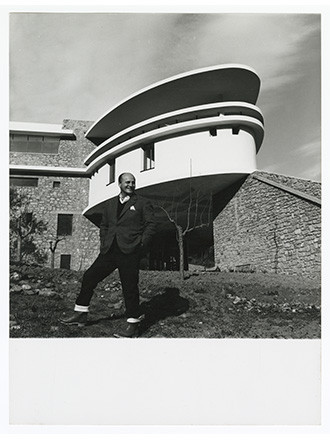 PLAY THE EPISODE 5 OF THE SECOND SEASON OF L'ATELIER BALMAIN