Over the past seven months, the infectious music from Montero’s eponymous album has been blasting on a non-stop loop in my home, office and design studio. In addition, I’ve often voiced my admiration for his audacious artistic vision, as he bravely and brilliantly helps to push our culture forward. I’m sure that there are millions of others who—just like me—wish that they could have heard an empowering message of pride like that of Lil Nat X when they were young and trying to figure out their place in a sometimes-hostile world.

So, as one of Lil Nas X’s biggest fans, I couldn’t have been more thrilled to work closely with him on the special Balmain looks that he and Jack Harlow—and the twenty dancers that performed with them—wore during last night’s Grammy Awards.

We decided to work together to create an entire Grammy-evening’s worth of one-of-a-kind Balmain designs for the special night. - Olivier ROUSTEING, Balmain Creative Director 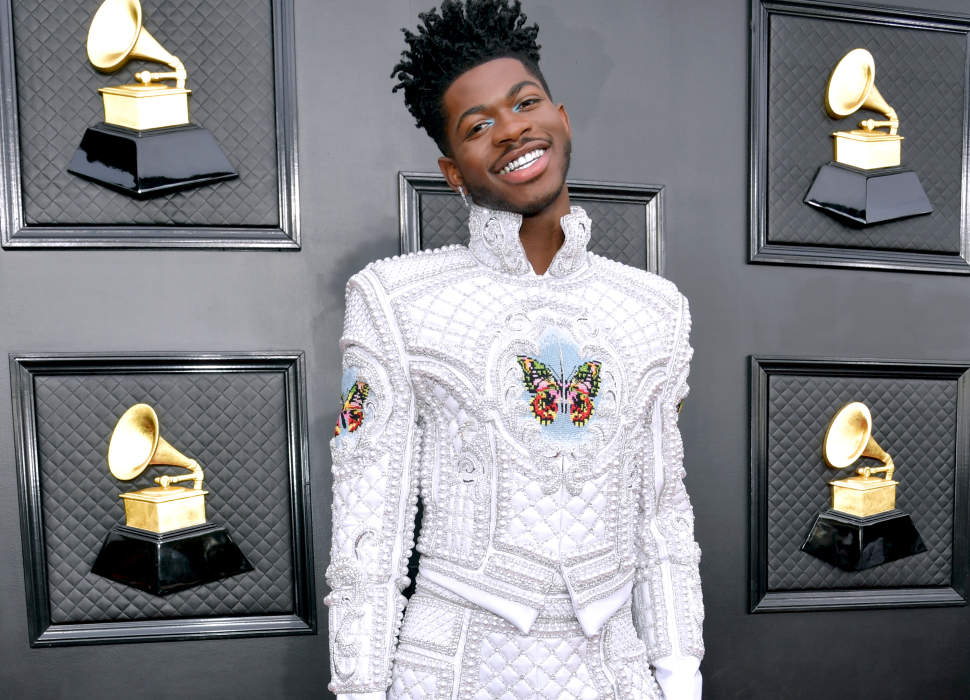 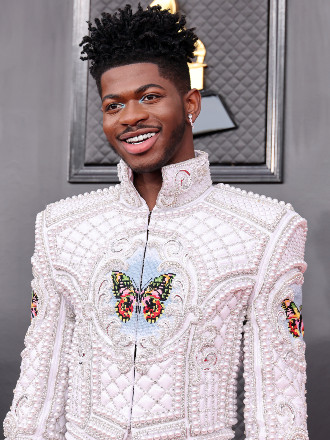 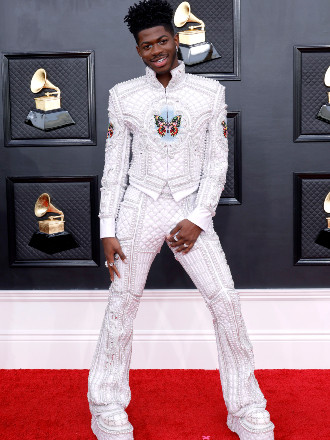 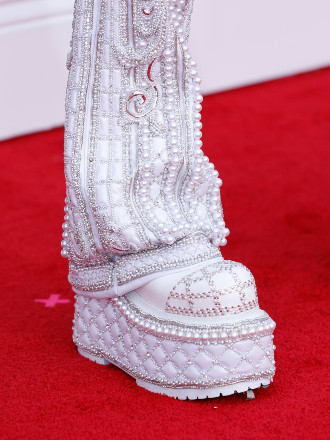 "For Montero’s Grammy red-carpet moment, we looked to a Balmain design that’s very special for me—one that I originally presented ten years ago, during my second runway for the house. For that Balmain Fall 2012 collection, I was inspired by the ornately embellished Fabergé Egg that Richard Burton once gave to Elizabeth Taylor as a (very) special gift.
For a final crowning touch, our atelier’s artisans crafted a new center design of a butterfly, reflecting the key symbol and central message of the Montero album." - Olivier ROUSTEING

We had a lot of fun dreaming up Montero’s performance looks, designing a special theatrical cape, which was completely covered with crystals embroidered in the Balmain Labyrinth pattern[...]Underneath, Montero wore a crystal-embellished, one-sleeve crop top[...]. 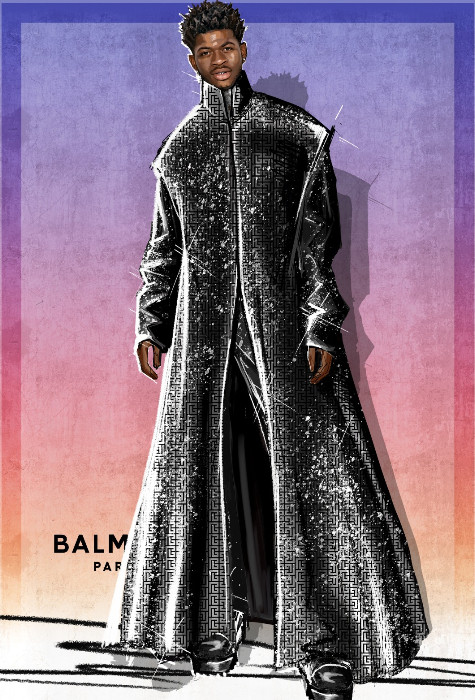 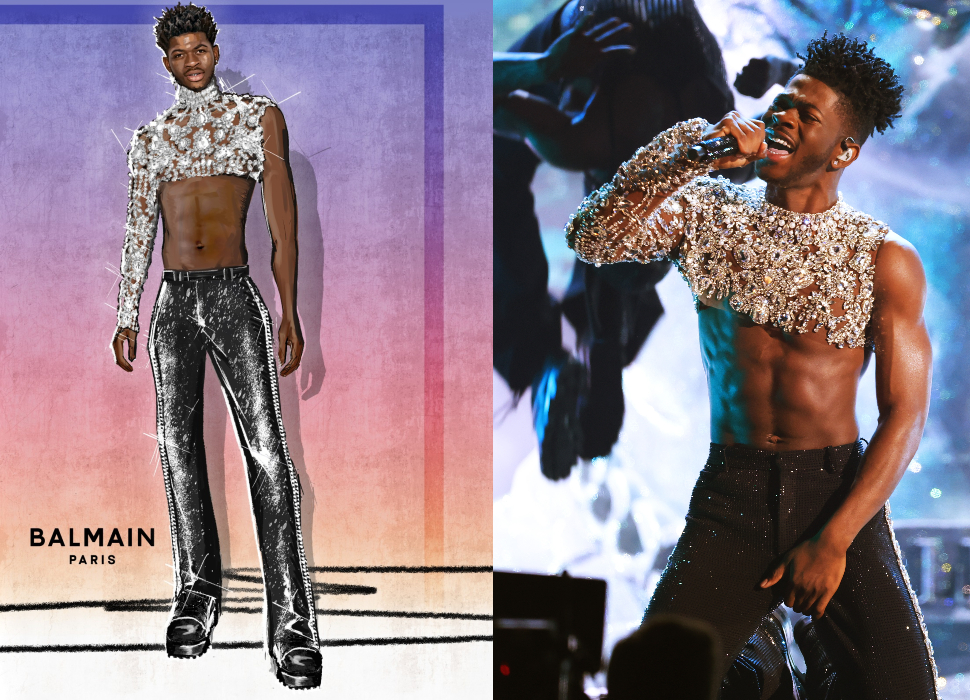 For Montero's performance of “Industry Baby”, we gave a new twist to a signature Balmain design, relying again on embroidered crystals to embellish the house’s distinctive take on the traditional Veste Hussard (Napoleonic calvary jacket). The twenty dancers also wore versions of that same jacket, along with crystal-embellished transparent tank tops and black pants.

"And just to make sure we covered each and every possible moment of the incredible night—we designed the perfect Lil Nas X + Balmain silk robe, for all of Montero's backstage moments." - Olivier ROUSTEING 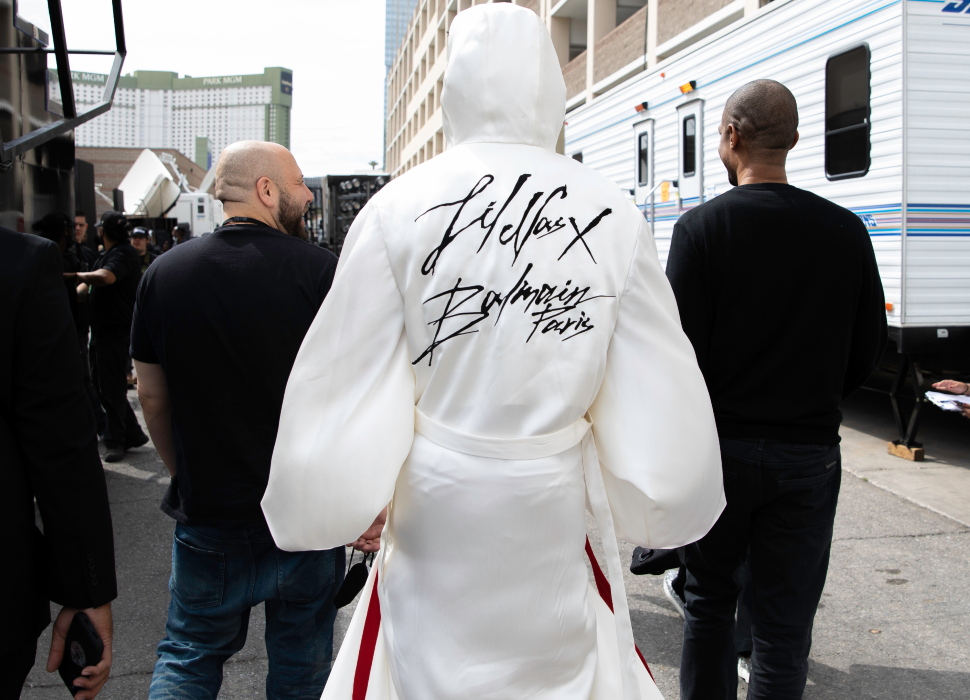